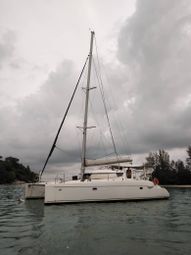 Sorry, but the 2019 Leopard 58 listing has already been removed.

Get an email notification when another vessel like this is listed

We also have the following similar vessels currently advertised:

2013 Leopard 58   $930,000
This is a great example of the 6 cabin/6 head layout on the Leopard 58 catamaran. She is currently being used for private crewed yacht charters in the Virgin Islands. The yacht is being constantly upgraded and maintained to the highest level. BUILDERS REMARKS: Nothing compares to cruising the sea aboard the Leopard 58. With a spacious, split-level floor plan featuring two cabins opening to a forward cockpit and four cabins below (all with private en-suite baths), the Leopard 58 provides unforgettable sailing getaways for large groups. Venture up to the enormous fly bridge and captain f... read more

2019 Leopard 58   $1,299,000
Change of plans, available now: 2019 Leopard 58 Lightly used and a savings over new! Broker's Remarks: Leopard Brokerage proudly presents this like new, 2019 Leopard 58. This is an open salon, 4 cabin version with owners cabin starboard aft. The 58 is a true flagship for a discerning yacht owner. The flybridge is largest in class with room for everyone to lounge, cook, or help with the sailing! Builder's Remarks: Among the many intriguing features of the Leopard 58, the flybridge with seating for up to 10 people, outdoor kitchen, and grill is one of the most impressive fo... read more

Boats for sale
by continent

Boats for sale
by country